A collage for Beau Beau 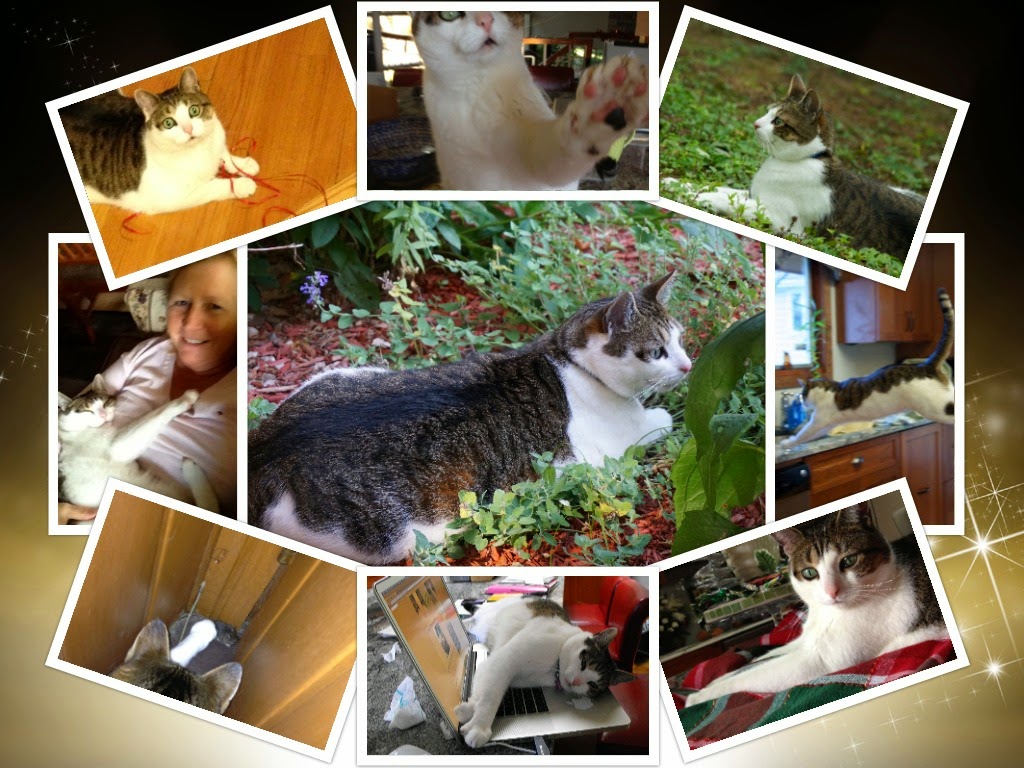 It's only been four days since Beau Beau's been gone.  We want to thank all the wonderful cat bloggers and everyone who has stopped by to leave their thoughts and sympathy and prayers.  It has been helpful to go through all the blogs and stop by to read what's happening with everyone else.  It does a heart good to see that the world indeed is still alive and moving.

I have been going through the hundreds of pictures I have taken of Beau Beau.  He was my inspiration to pick up with photography again at about the same time that digital pics became so popular and easy to take and share.  In fact, my first digital camera was a Kodak Easy Share and yes, it was easy.  Beau Beau's comical face with those expressive eyes just begged for capture and what better way than to share that than through his blog.   I'm so thankful that I have his journey with us captured through the years.

I'm still stunned that he is gone.  I really thought that with his diet and care and how healthy he seemed that he'd he be with us closer to the 20 year mark.  I totally subscribe to the thought that every day is precious and we have to be thankful for every second because life is so short.  Every day when I woke up my first thoughts were thanks to God for my husband, and Beau Beau and Angie in my life. The pain of such a sudden loss was an eye opener and I know there's a lesson in there, actually many lessons.  Life for me is all about learning and this was the most painful lesson I've ever had.  I also know that when one door closes it makes way for newness in life.  I must believe that something really good is coming my way.

As I had commented on some blogs, Beau Beau sure was in a hurry to go somewhere.  He made sure there was no way we could hold onto him any longer.  There were no obvious indications that he was ill whatsoever.  He ate well, had no other illnesses, his coat was healthy and so soft and shiny, and he did not seem to have slowed down any.  Only after he was gone and we thought back about how this could have happened we thought of some signs.  There was dandruff on the floor that had not been there before.  We thought it was just from the dry winter.  And now when we thought of it, he did tire easily but nothing where we were concerned with it.  And if there was any way he could have chosen his way to death, there was no saving him from the aggressive tumors they found.   We had one night with him where he rallied when he came home but was still very tired.  The next day he knew it was time to go.  I opened his carrier and said "go ahead on in" and he glanced outside once again and then for the first time ever he turned and walked into it on his own.

Posted by Beau Beau & Angie Over the Bridge at 1:04 PM